While 2020 has posed new challenges in fraud, our new European Card Fraud Map shows that many countries were battling card fraud successfully last year — with the UK leading the pack. Of the 18 countries covered in the report, based on data from Euromonitor International and UK Finance, the UK posted the largest value reduction in fraud since 2018, some £52 million.

See the interactive map at www.fico.com/europeanfraud

Whilst data compromises drove up card fraud in the UK in 2018, they were not at the same scale and ferocity as 2019. UK banks continued to strengthen and improve their systems, taking the learnings from the 2018 spikes to better control future compromises, and take the next steps forward to further improve Card Not Present (CNP) protection.

Several of the UK banks have been the first to trial FICO Falcon Compromise Manager, which is designed to flag fraud attacks and data compromise significantly earlier to minimise losses and better protect customers, facilitating even greater collaboration between the banks. The results from these trials have shown significant improvement in CNP losses, and if adoption continues at the predicted rate, the UK is likely to be posting a similar reduction for two years running.

Overall, the 18 countries covered in our map reduced card fraud by 2% in 2019. It was a strong year for many European countries in reducing basis point fraud losses (a ratio of fraud losses to card sales), against the backdrop of increased transactional volume and value in 2019.

But there were also some worrying increases. Most notably, France and Italy saw the largest value increases, and were together responsible for 71% of the monetary loss increases across the 18 countries studied.

What does this mean for the new challenges of 2020 and beyond? COVID-19 is having significant impacts on the transaction mix and threat. This has exposed many frameworks that were already pressured, with fraudsters now attempting to make up for lost time with increased volume and ferocity of their attacks.

This doesn’t just affect card fraud, which is what our European Fraud Map covers. The biggest threat today comes from digital fraud and scams, which continue to increase exponentially across all markets. There’s never been a more urgent time for banks across Europe to invest in fraud systems like the FICO Falcon Platform that protect cards, loans and deposit accounts. 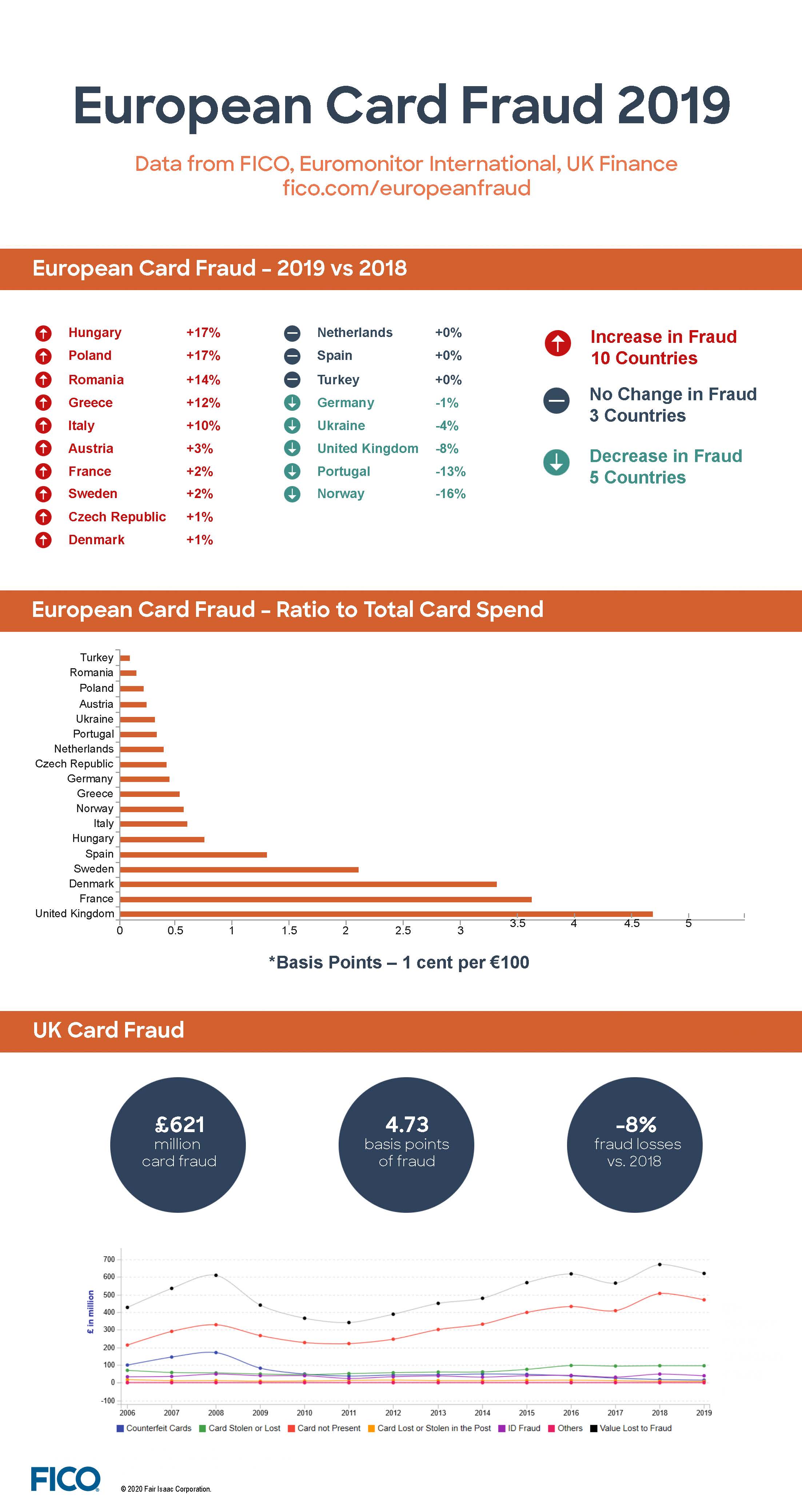 RT @finbold: Toby Carlin, Senior Director of Fraud Consulting at EMEA, @FICO, examines a wave of Brexit scams and offers advice on how to s…

According to an @AiteGroup survey of U.S. #fraud managers, 52% reported synthetic identity fraud was their biggest… https://t.co/KRsO9fDowE