One of the biggest challenges of working with data and building predictive models is identifying and handling inherent biases in the data. Here, bias can arise for a number of reasons, including how the data was collected, why it was collected, and simply because bias is inherent in our society. While techniques exist to detect whether a model produces biased results among protected groups, there are insufficient methods to uncover the biased relationships a machine learning model may learn from data or acquire as bias drifts in operation. Knowing these relationships is the first step in understanding how bias manifests in the model, and how to remediate problematic relationships.

Enhancements to a Previous Breakthrough

I’m excited to report that we have developed a method that can automatically surface and triage biases expressed in a machine learning model. This method is a very powerful tool to ensure that Ethical AI development is operationalized, rather than met through luck or, worse yet, unmet and unknown.

Almost three years ago I wrote about an analytic breakthrough developed in FICO’s data science labs called interpretable latent feature-based neural networks (ILF NNET). Our recent work with this method extends ILF NNET, demonstrating that it can help expose and eliminate biases derived from data showing up in the model. Even in cases where the data has been purposely skewed toward one subset of the population over another in the research lab, the method minimizes pick-up of those biased signals versus core relationships that matter. This is largely due to the fact that constraining the latent feature space removes noise and irrelevant correlation, where bias can be expressed.

FIGURE 1: An interpretable neural network with hidden nodes (latent features) that can be explained in terms of two or fewer input connections. This approach makes it easy to understand the nature of the learned relationships that the interpretable latent features represent.

As a quick refresher, we start with a fully connected neural network as the “base” model and simplify it by the Highlander Principle—there can only be “one best” model—by iteratively resolving hidden nodes to have no more than a specified number of inputs, usually two or less (i.e., an interpretability threshold of two). The resulting interpretable neural network shown in Figure 1 has all its hidden nodes explained in terms of no more than two input connections. This makes it easy for data scientists and business users alike to understand what learned relationships those interpretable latent features represent.

In our study we used well-known adult census data provided by the UCI Machine Learning repository to train predictors to generate binary classification of income groups: over $50,000 or below $50,000. This dataset has been documented to yield biased predictive models if sufficient rigor and care are not applied.

For research exploration, we took this dataset and trained our “base” neural network models both with and without race and gender as predictors. In both the cases, the resulting interpretable latent feature neural networks didn’t choose gender or race as predictors, even when provided to the model as inputs.

We hypothesize that a fully connected model is “greedy,” using all the available information to associate with the model outcome. On the other hand, the process of regularization employed in sparse neural network training forces weaker relationships to drop off from the model, retaining the strongest, most relevant relationships as predictors. Thus, interpretable latent feature-based neural networks turn out to be good at avoiding learning biased relationships. 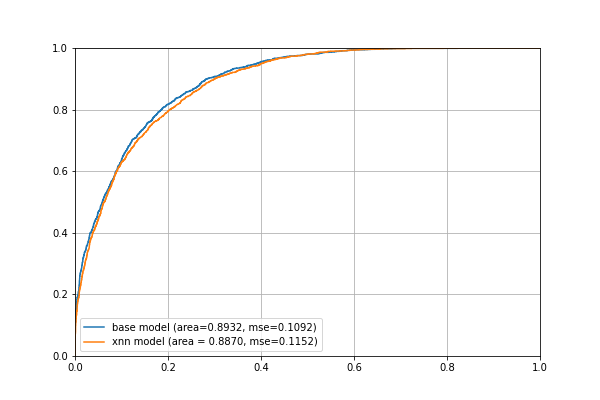 We additionally wanted to explore whether such models would always guarantee exclusion of biased relationships, and if not, what steps could be taken to ensure such an outcome. So, we skewed even more heavily the training dataset toward some of the protected classes. The resulting model ended up with latent features’ distributional behavior (imputed bias) with respect to different race and gender. This shows that while our method eliminates bias in most cases, it doesn’t guarantee doing so when data is very heavily biased, and allows us to discuss how to address that challenge.

A complete review of all the latent features allows us to know which of them induce bias in the model. Once we have identified the offending latent features, our next step is to eliminate interaction between the input variables that constitute these biased latent features.

Upon retraining with all offending interactions eliminated, we again investigate the latent features in the resulting model. If we identify any latent feature with non-overlapping activation distribution, we eliminate those offending relationships in another iteration of model training in similar manner. This is shown below where we found that the latent features, LF21 and LF23, which resolve the original biased latent feature LF2, have similar activation values across different protected classes. On the other hand, LF22 shows biased relationship. We repeat this process until no biased latent features are left in the consequent model. The final model is an unbiased model.

FIGURE 4: Schematic distribution of activation values of various latent features that resolved the original biased latent feature LF2 for two classes, blue people and orange people. While LF21 and LF23 are not biased, LF22 still shows bias and must be further resolved in the next iteration of model retraining.

The Path to Responsible AI

Our research provides a method to choose machine learning algorithms such as interpretable latent feature models, which generally avoid bias because bias is often not a dominant signal. This forms the basis for using machine learning architectures that minimize unnecessary complexity, which creates space in the variable weights to impute bias.

In rare cases where interpretable neural networks may show disparate distributions of latent features, these can be detected on training data, with explicit non-linearities removed from subsequent retraining. Incorporating formal distributional testing of latent features is unique and gives machine learning scientists a means to tackle bias objectively. Moreover, these same latent features will be continually monitored for bias drift, as part of an Auditable AI process to ensure that the model remains unbiased in the operational environment.

Follow me on Twitter @Scott Zoldi and on LinkedIn to keep up with my latest thoughts on stamping out bias through Responsible AI, Ethical AI, Auditable AI, AI governance and more.

Scott Zoldi is chief analytics officer at FICO responsible for the analytic development of FICO's product and technology solutions. While at FICO, Scott has been responsible for authoring more than 120+ analytic patents, with 74 granted and 47 pending. Scott is actively involved in the development of new analytic products and Big Data analytics applications, many of which leverage new streaming analytic innovations such as adaptive analytics, collaborative profiling and self-calibrating analytics. Scott is most recently focused on the applications of streaming self-learning analytics for real-time detection of cyber security attacks. Scott serves on two boards of directors, Software San Diego and Cyber Center of Excellence. Scott received his Ph.D. in theoretical and computational physics from Duke University.
See all Posts
chevron_leftBlog Home
AI Artificial Intelligence responsible ai ethical AI
expand_less Back To Top

Diversity and Governance: AI Breaks into the Boardroom
It’s 2021. Do You Know What Your AI Is Doing?
Trusted AI: The Science of Monotonicity in Neural Networks