COVID-19 consumer spend is changing risk decisions. In Australia and New Zealand (A&NZ) retail credit was already navigating considerable significant, events requiring the attention and resources of the industry.  The last five years have delivered a Royal Commission, digitisation, open banking, customer-centric decisioning, and comprehensive credit reporting. However, unlike those events where the industry has had months or years to prepare a response, COVID-19 has necessitated an almost immediate change in focus.

While A&NZ are starting to transition to a more forgiving set of restrictions, globally around a third of the world’s population are still under some form of lockdown, for a largely unknown length of time. Economic indicators such as the price of a barrel of oil (which crashed into negative territory for the first time in history), and US unemployment (around 26M filed for jobless aid in the last five weeks) are not strong.

The economic impact of COVID-19 has been felt almost immediately. Variations of “shelter in place” (or lockdown orders) were issued with very little notice. As a result, there has been an abrupt change in consumer spending patterns and these changes have proven to be directionally very similar from country to country and can be generalised in the graphic below; 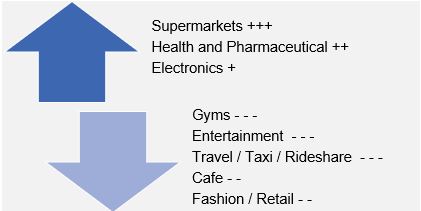 A scan of the media supports this data;

The removal of spend from the system will have consequences for those industries and some credit issuers have already begun to respond; 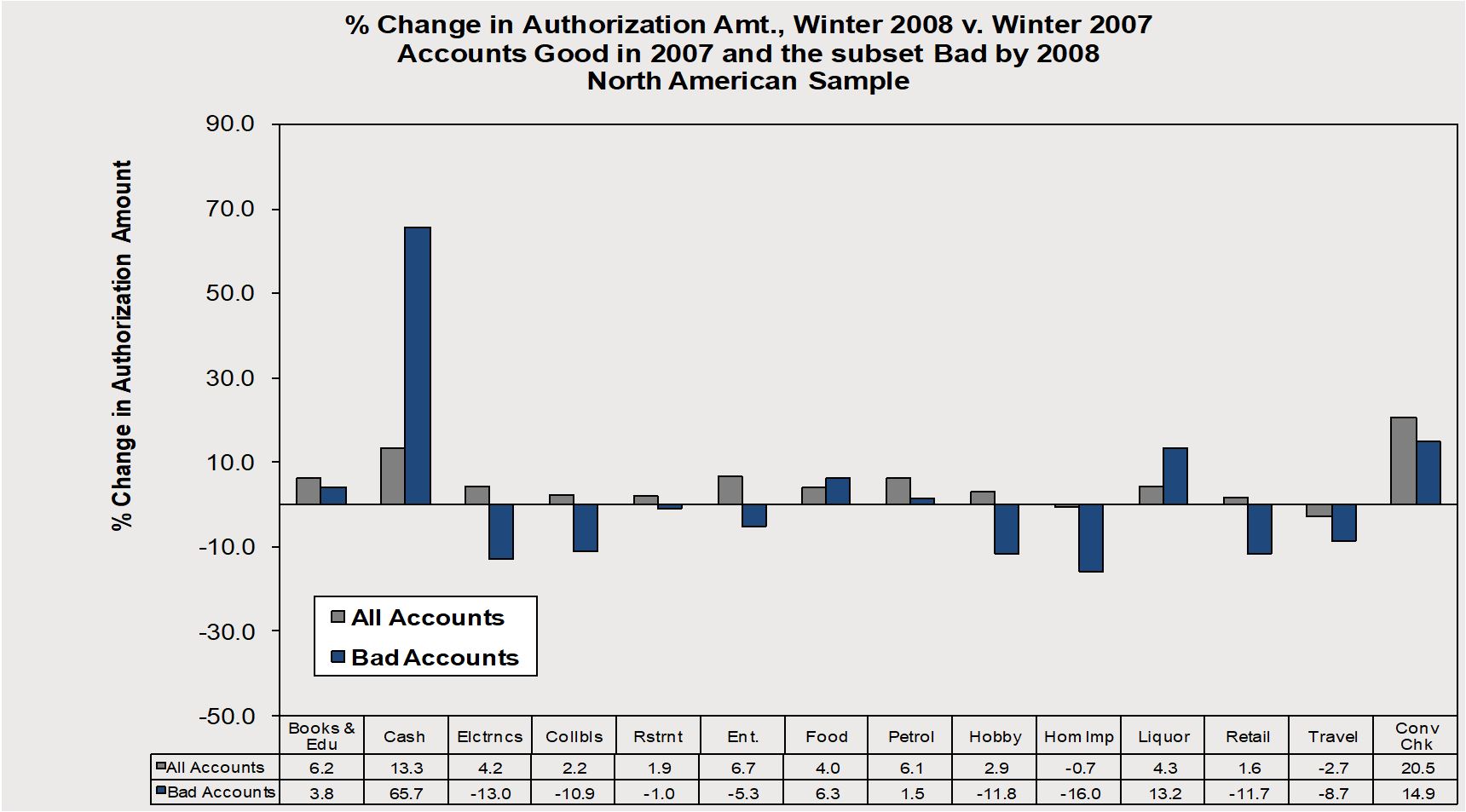 FICO has spent a significant amount of time with clients proving and operationalising value from their transaction data across the credit lifecycle, both here in A&NZ and in other markets. The chart above is an analysis of transaction data from the GFC in the US and shows the changes in spend between the 2007 US winter and winter 2008. The grey series represents all accounts, whereas the blue series is a subset which subsequently moved into late-stage delinquency. Note the positive blue peaks over cash advances, liquor and convenience checks.

(a) you do not lose the signal the data contains, and

(b) it is represented in a format which can be operationalised in your decision systems for customer segmentation and treatment?

In my next post, we will delve deeper into how transaction data has been used in the region to address risk issues, and what benefit it has over traditional data.