In 2021, the financial services world continued to grapple with the uncertainty brought on by year two of the COVID-19 pandemic. Despite the continued concerns, we were encouraged to see the growth of the average U.S. FICO® Score, as stated in our top post of the year. Other top FICO Scores posts explored the expansive reach of the FICO® Score suite, as well as dispelling common misconceptions surrounding FICO® Scores.

Ethan Dornhelm wrote: The FICO® Score is the lingua franca, or common language, for the credit scoring industry. It serves as a broad-based, independent standard measure of credit risk. It is relied upon by stakeholders across the entire lending ecosystem – from regulators, investors and boards to consumers, lenders, and brokers – as a baseline metric for assessing credit risk that is fair to both lenders and consumers. 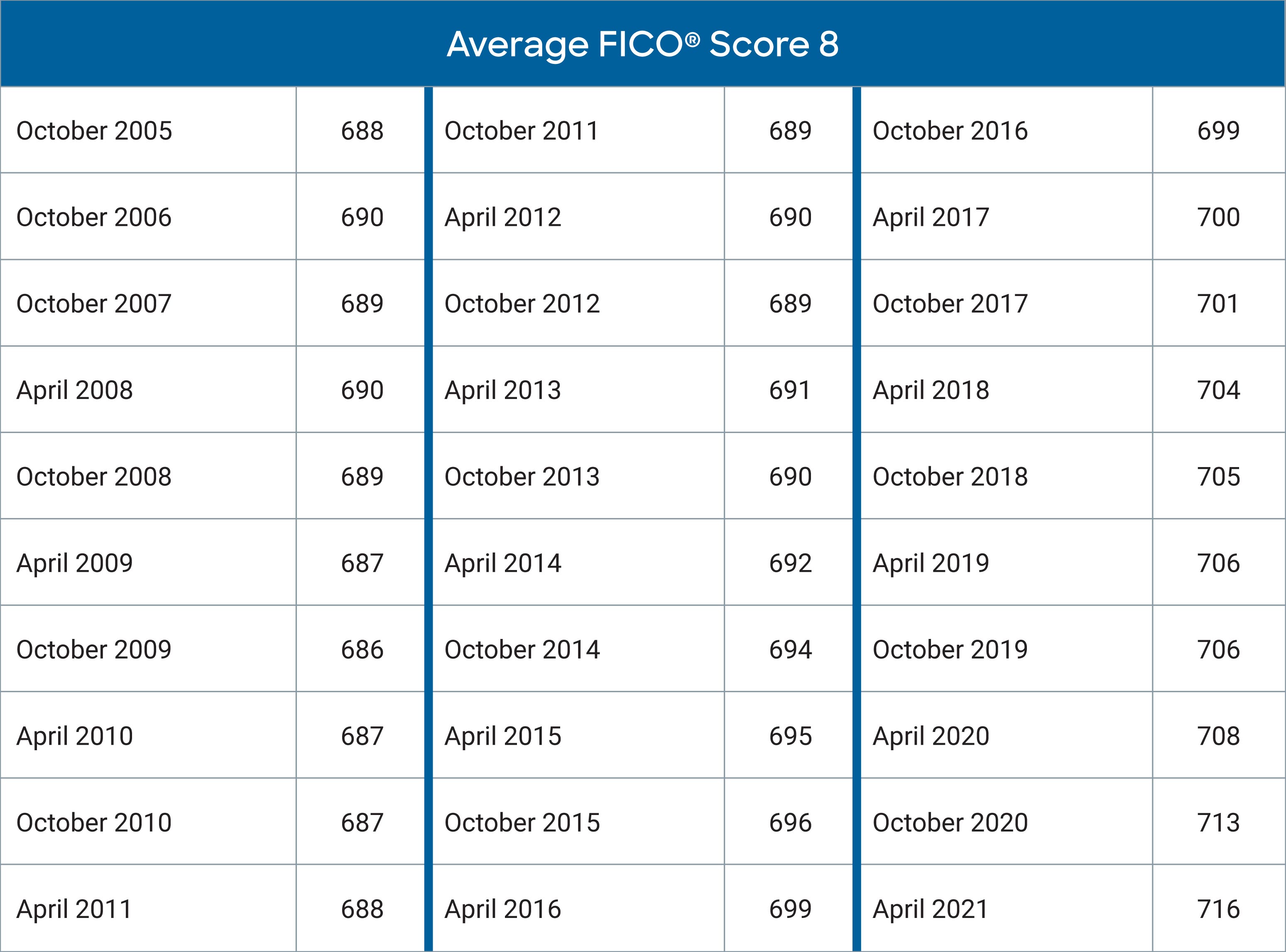 In a new blog series called FICO Fact, FICO experts dive into the common misconceptions surrounding FICO® Scores. In the first post of the series addressing whether minimum scoring criteria limits the consumers’ access to credit, Joanne Gaskin wrote: Simply put, the answer is no. Over the last 30 years, FICO has continued to analyze the minimum amount of credit bureau data that is necessary to deliver a reliable, predictive FICO® Score to the market - which benefits both consumers and lenders alike.

As a reminder, we have found that at least 6 months of credit history, as well as data reported within the past 6 months, is required in order to best ensure that the consumer’s current financial position is sufficiently reflected.  Our research has consistently found that models that rely solely on sparse and/or outdated credit information are less reliable at forecasting future performance.

Diving in a bit deeper, this means that, unlike with other scores in the market, consumers that just opened their first trade line, such as a credit card, would not be eligible for a FICO® Score before they have ever made a single payment.  A payment history of at least 6 months is necessary to derive a consistently predictive and reliable credit score.  At any time, there are approximately 2.5M consumers that have recently opened a credit account, but don’t yet have the necessary 6 months of repayment experience in order to obtain a FICO Score based solely on traditional credit bureau data.  Allowing consumers to build their credit repayment history over six months before assigning them a FICO Score will result in a consistently more accurate assessment of their credit risk, and with it, confidence by lenders to extend credit to these consumers at more favorable terms.

Delivering less predictive and often low scores to the market using only sparse and/or stale credit bureau data is not a recipe for helping consumers gain access to credit.  FICO has found the answer to supporting lenders in identifying credit ready consumers is to augment traditional credit bureau data with FCRA compliant alternative data such as telecom, utilities, public record, and checking account data to provide a predictive and reliable score that lenders can use to responsibly expand access to credit.

The next natural question is: how much of this data is available at the three nationwide credit bureaus?  The answer is that while the availability of this data has been increasing, it remains far below other tradeline data such as credit cards, auto loans or mortgages.  For example, in the US, 92 percent of consumers have cell phones, but just 5 percent of consumers have telco data reported in their traditional credit bureau files.

Figure 1: Credit bureau coverage is greater for some types of data than others

The story is similar for utilities, where over 60% of American adults pay for utilities such as gas, electricity and water, but just 2.4% of consumer credit bureau files contain utility (non-telco) payment information.

FICO Fact: How Current Is The Data In My FICO Score?

Joanne Gaskin wrote: While the FICO® Score has been trusted by consumers, lenders and investors for decades, the data that goes into a FICO® Score can be as recent as a payment reported by your lender today.

When a FICO® Score is pulled, say, when a consumer applies for a loan or credit card, the most up-to-date information available at the credit bureaus is used to calculate the score. In fact, while other credit scoring models may generate a credit score based on stale credit information, our minimum scoring criteria requires that at least one credit account has updated information reported in the last six months.

How frequently the data is updated depends on where it resides:

Some FICO® Scores use alternative data, which is predictive, regulatory-compliant and found outside of the credit bureau file maintained by the credit bureaus. Telco and utility payment data, similar to credit bureau data is generally reported on a monthly basis. The UltraFICO™ Score empowers consumers to leverage their checking and savings account data to enhance their score. When the UltraFICO™ Score uses this demand deposit account (DDA) data, it’s current as of the day prior to the score pull.

Read full post: FICO Fact: How Current Is The Data In My FICO Score?

Based on the 2020 US Census, the US credit-eligible population (those over 18 years of age) is 258 million people. But how many of those consumers can obtain a FICO® Score?

Calculations by FICO data scientists indicate that more than 232 million US consumers can be scored by the FICO® Score suite. That is 90% of the credit-eligible US population.

To responsibly and reliably score consumers with sparse or no traditional credit bureau data requires a novel approach to credit scoring. Over the past decade, FICO has been developing innovative new scores – like FICO® Score XD and the UltraFICO™ Score – which augment traditional credit bureau data with rich alternative data, such as telecom, utilities, public record, and checking account data.

With the introduction of these scores, the FICO Score Suite can now deliver reliable credit scores for more than 27 million additional people!

Read full post: More Than 232 Million Us Consumers Can Be Scored By The FICO Score Suite