by Anna Hamilton
expand_less Back To Top

The recent explosion of new financial product and service providers has started to capture a share of consumers’ attention and wallets, perhaps more so than many banks believe. FICO recently worked with Cornerstone Advisors to commission a study on the emergence of “shadow banking" providers – fintech startups, large technology companies, merchants, and others. The report – Americans’ Shadow Financial Lives: The Mobile Apps Banks Don’t Know They Use – found that U.S. financial services customers are increasingly engaged in behaviors and relationships that are deeply meaningful and are not on the radar screens of their incumbent providers.

So what exactly is shadow banking and how does it impact customer loyalty to traditional financial institutions?

Let’s start with an example.

One of the most challenging things about parenting a teenager – I have a 13-year old daughter – is dealing with the transition from knowing everything about her life to only knowing a portion of it.

Up until now, I’ve known everything about her. What she spends her time on. The friends she hangs out with. The problems she’s dealing with. Everything.

However, as has happened with every teenager since the beginning of human history, she’s beginning to build out a life independent from our relationship. Don’t get me wrong, this is a good thing. She’s taking the first steps into adulthood. She’s figuring out who she is as an individual. She’s becoming more self-sufficient. I’m extremely proud of her!

But it’s also a little off-putting to realize that she’s spending time with new friends that I’ve never heard of; having conversations through social media that I’m not seeing; dealing with new anxieties that she isn’t confiding in me about; seeking advice from her friends rather than from me; and (as I most recently learned) watching all 13 seasons of Grey’s Anatomy on Netflix!

I think banks are struggling with a similar challenge.

Until recently, banks have had, essentially, a monopoly on customer relationships. Obviously banks would compete amongst each other for those relationships, but the terms of that competition were well defined and understood. A customer would have a primary bank, where a majority of their deposits would sit. Providers would fight for top-of-wallet status for their credit cards and debit cards. And every institution would try to cross-sell their way into larger, more profitable products (personal loans, mortgage, wealth management, etc.)

The metrics that defined that era of competition were fairly straightforward – primary account status, attrition rate, products per customer, net promoter score – and banks felt comfortable that these metrics accurately captured their performance within the competitive environment.

Over the last 15-20 years, things have changed.

Today, consumers have access to a much bigger and more diverse ecosystem of financial products and services. Venture capital investors are pouring billions of dollars into fintech startups. Merchants are experimenting with financial services products to help them lower costs and move more product. And big technology companies – Apple, Amazon, Google, and others – are adding financial services as another differentiated feature to help lock users into their proprietary ecosystems. 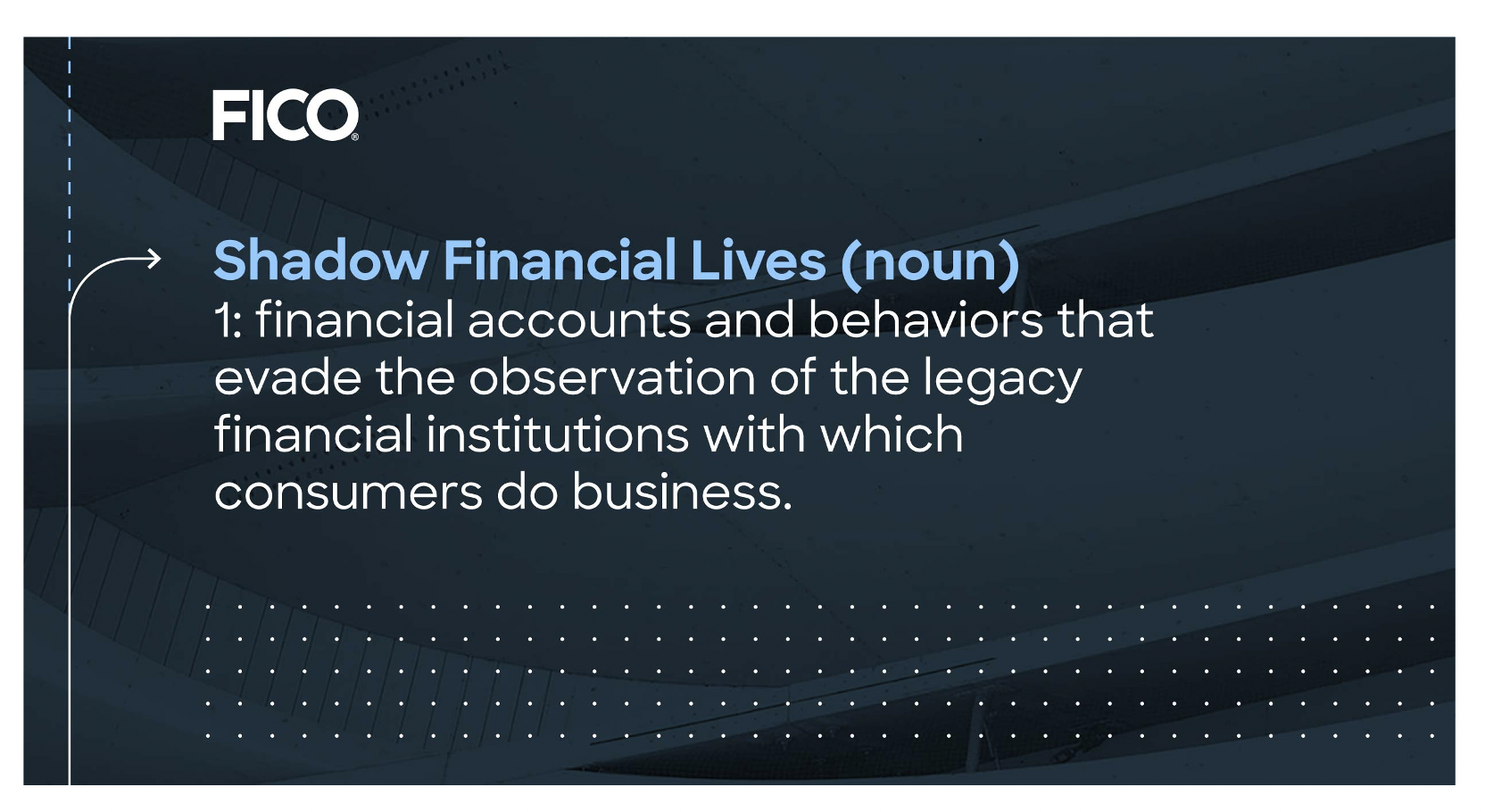 The Emergence of Shadow Financial Lives

These activities span the gamut of financial services and products, from checking accounts (where neobanks like Chime are making significant inroads) to wealth management (where roboadvisors and automated savings tools are increasingly popular).

The key, across all products and services, is that these activities frequently do not show up in the traditional metrics used by banks and credit unions to measure their performance or the performance of their competitors. Attrition doesn’t appear to be going up significantly because, increasingly, customers aren’t closing their existing accounts; they’re just opening up new ones and shifting their transactions over. Fintech startups don’t appear to be gaining market share because their growth isn’t captured in government reporting; their partner banks are the ones reporting.

My first impulse, as a parent, is to try and put a stop to it. You’re too young! That’s not safe! You don’t know what you’re doing! You need me!

Looking back on our time as teenagers, I think we can all agree that this strategy doesn’t work. They don’t want to hear it. And the more you go on, the more dead set they become on doing it anyway.

And these challenger banks are delivering value! We asked consumers to rate, on a 10-point scale, the value they get from their checking account providers. Chime came in at 8.63, in second place behind USAA and ahead of credit unions as a category. Other challenger banks (grouped together because of sample size) scored 7.81, ahead of Citibank, community banks and Wells Fargo.

Convincing consumers to abandon challenger banks, en masse, isn’t going to work. But that doesn’t mean banks can’t still provide value. For all the benefits that consumers are gaining through access to this bigger and more diverse financial services ecosystem, there are also drawbacks.

For example, among Millennials with one checking account, the percentage that has overdrawn their account increased from 28% in 2018 to 33% in 2020. Among those with two or more accounts, however, the percentage that has overdrawn grew from 35% to 46% between 2018 and 2020. And among the overdrafters with more than one account 41% said they overdrew because they failed to keep track of their account balance and 20% said they overdrew because they didn’t transfer funds from other accounts in time.

Instead of wishing in vain for a return to the happy days of universal banking, a forward-looking bank should accept the reality that more and more consumers have more than one checking account and design new services – like a self-driving money service that sits across all deposit accounts and automatically ensures sufficient funds – to add value to the financial lives that they have chosen to lead.

Consumers change. It’s not easy, but we must change with them.

Anna Hamilton is a vice president of Customer Development and Debt Collection & Recovery Portfolio Marketing at FICO. She focuses on the power that optimized consumer interactions = powered by predictive analytics - can have on experiences organizations are creating for their customers. Anna brings extensive experience in product management, product marketing and customer advocacy from her previous roles at RightNow Technologies and Oracle.
See all Posts
chevron_leftBlog Home
shadow banking customer customer centric fintech
expand_less Back To Top