With the rise in inflation and soaring energy costs in the UK, it’s no surprise that our data on UK card trends for September 2022 offer clear signs of consumer indebtedness. These include: 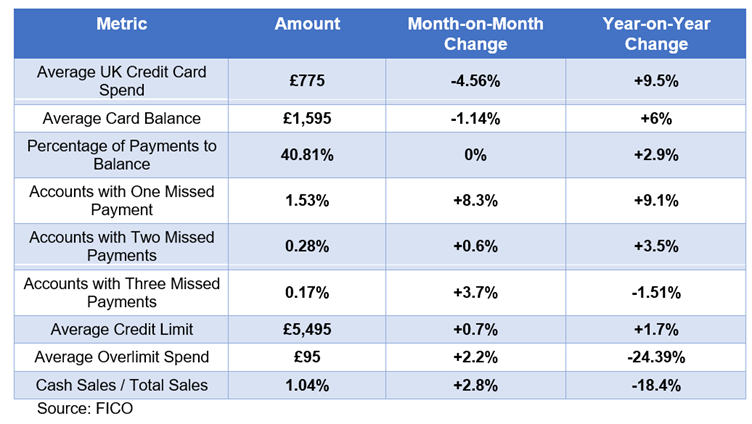 Veteran credit card accounts — those that have been open for a time of five years or more and which are normally considered low-risk by lenders — have shown an increase in the average balance where they have missed two or more payments. This will be a concern for credit card providers.

The percentage of cardholders missing one-time payment is also rising, although, overall, the average balance for customers missing two payments is trending downwards. This suggests that lenders have already taken targeted activity earlier in the year to help customers who have missed one payment to avoid the debt escalating. This targeted activity will be critical now as the numbers of cardholders missing one payment increases.

Another indicator of consumers reining in spending includes the total average sales on credit cards. This dropped in September, in contrast to the summer months. 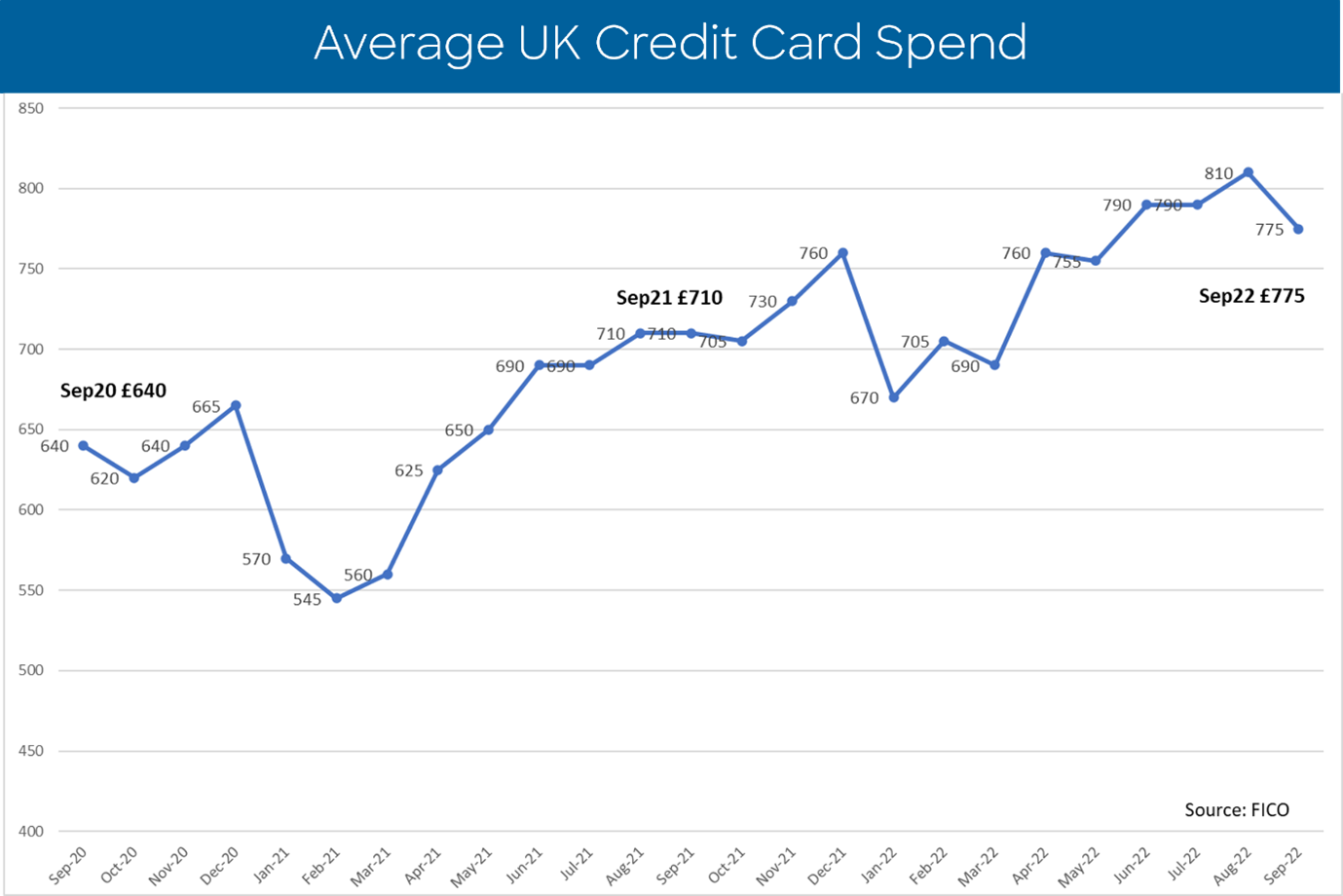 There is, however, another worrying trend in the percentage of payments to balance. Cardholders are starting to pay less than earlier this year, perhaps suggesting they are no longer able to rely on pandemic savings. The percentage of accounts paying the full balance has also decreased for the last three months, which may be a reflection that customers are now not able to make the full balance.

Lenders can use segmentation analysis on their portfolios to ensure that their web and mobile applications encourage consumers in distress to make contact at the first indications of difficulty, and to consider establishing special payment plans for those struggling to stay on top. 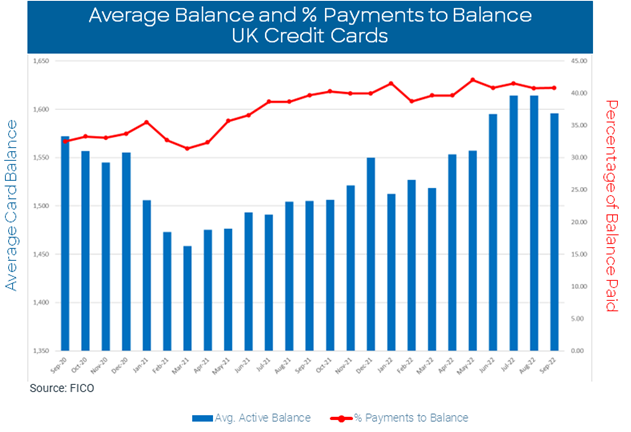 How FICO Can Help You Manage Credit Card Risk and Performance

Liz Ruddick is a principal consultant within the FICO Advisors Lifecycle Practice. Liz joined FICO in 2006 and works closely with financial services clients in the UK, Ireland, the European Union, the Middle East and India in supporting their customer management and collections disciplines. Liz also works on a range of projects including customer management software implementations and upgrades, current state assessments and delivery of data-driven strategies.
See all Posts
chevron_leftBlog Home
UK credit cards Risk Management Collections
expand_less Back To Top