by Liz Ruddick
expand_less Back To Top

As the UK economy transitions from the pandemic to the cost-of-living crisis, is there anything that can be learnt from how the 2008 financial crisis impacted credit card usage?

The other difference is the level of savings that have been accrued during the pandemic. The multiple lockdowns from the end of March 2020 through 2021 drastically reduced consumers’ ability to spend. The average balance decreased in the first lockdown by £100 between March and June 2020 and FICO data has shown that consumers were able to pay off more of their outstanding balances overall. Plus, whilst in the months after restrictions ended sales increased to a high of £760 in December 2021, there remained continued strong percentage of payments to balance.

Today though, inflation is at a 40-year high at 9.8%, primarily driven by a surge in energy costs. In 2008, it reached a peak of 4.5%. We are also seeing a fall in real wages with living standards falling at the fastest pace in nine years, and consumer confidence is at its lowest level since records began in 1974, even lower than in 2008.

There are, therefore, three key trends that lenders and wider economy watchers should be monitoring:

Before the financial crisis of 2008-2009, average spend had been steadily rising with the same increasing trend seen before the pandemic hit. During 2008-2009 and in the first year of the pandemic, spend dropped with a higher decrease during the pandemic because of the restrictive lockdowns.

Increased savings and the relaxation of restrictions resulted in a steep increase in spend between 2021-2022 but if we look back to 2009, this uptick in spend was also seen and continued up until 2012. At this point, regulations were being implemented giving the consumer more ‘rights’ and improved customer control. This impacted credit card limits as issuers were not allowed to automatically increase a customer’s credit limit but had to offer the increase, and greater emphasis was placed on whether the customer could afford this increase to their limit. 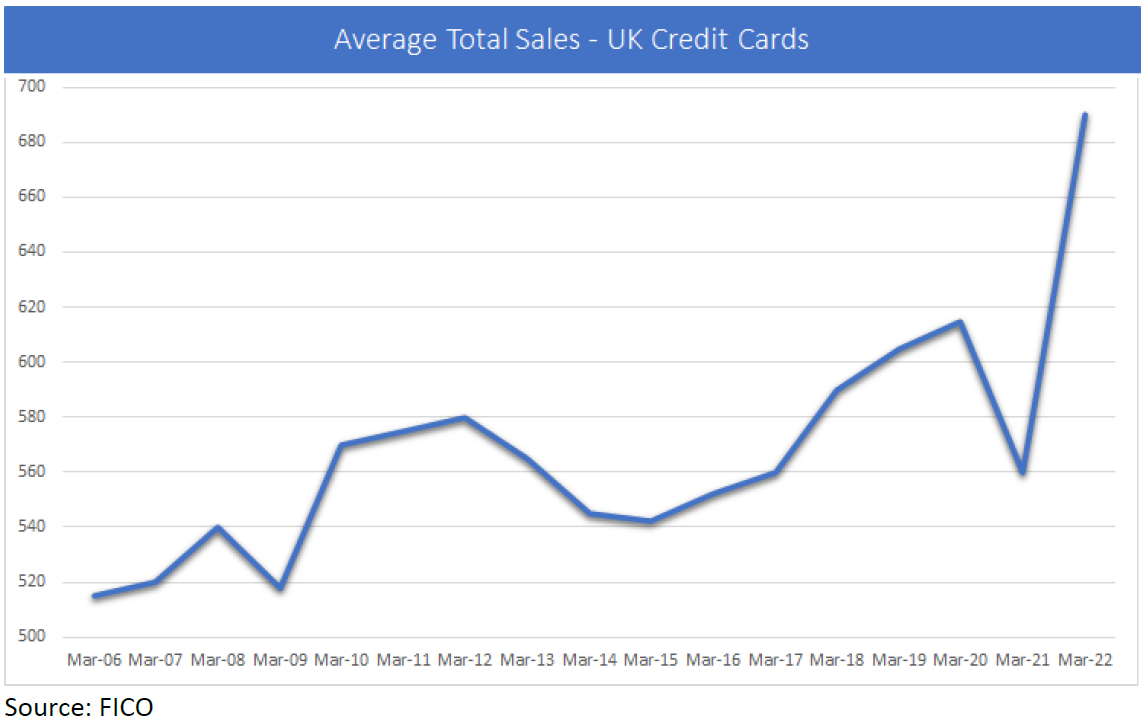 Percentage of Payments to Balance 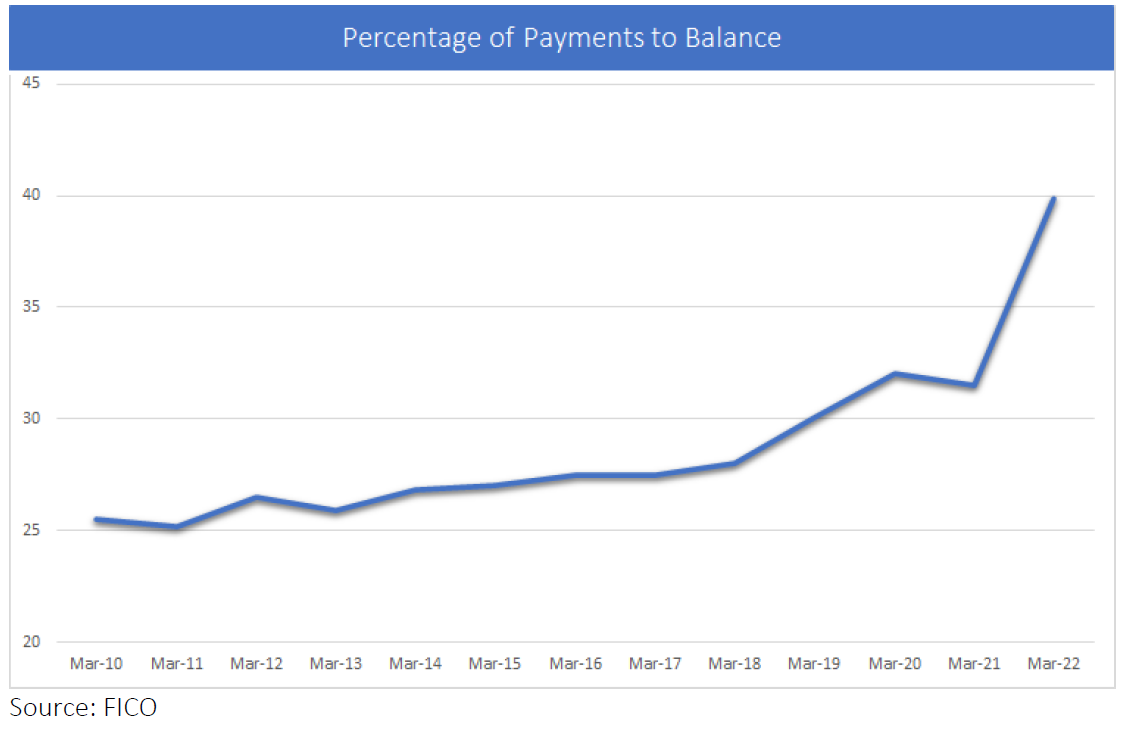 Over the next few months, it is expected that this percentage will drop, and this will affect average credit card balances. Will the practices necessary to manage persistent indebtedness cause a false impression if more customers are forced towards minimum payments and are therefore moved out of cards to other products, or migrate to using ‘Buy Now Pay Later’? 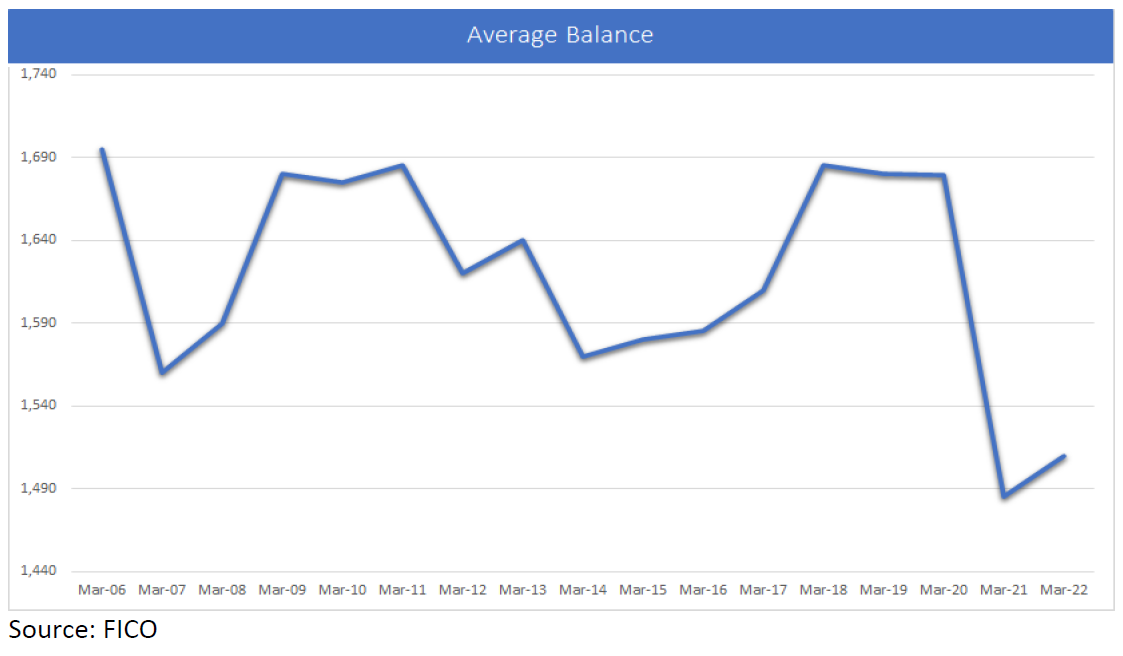 Missed payments will impact the overall average balance. Currently, the percentage of customers missing one and two consecutive payments is low and this has been steadily decreasing for many years, even during the 2008 financial crisis. In 2006, just under 6% of accounts had missed one payment. In 2008 it was 5.25% with 4.62% in 2009. Before the pandemic there were 2.37% of accounts missing one payment. 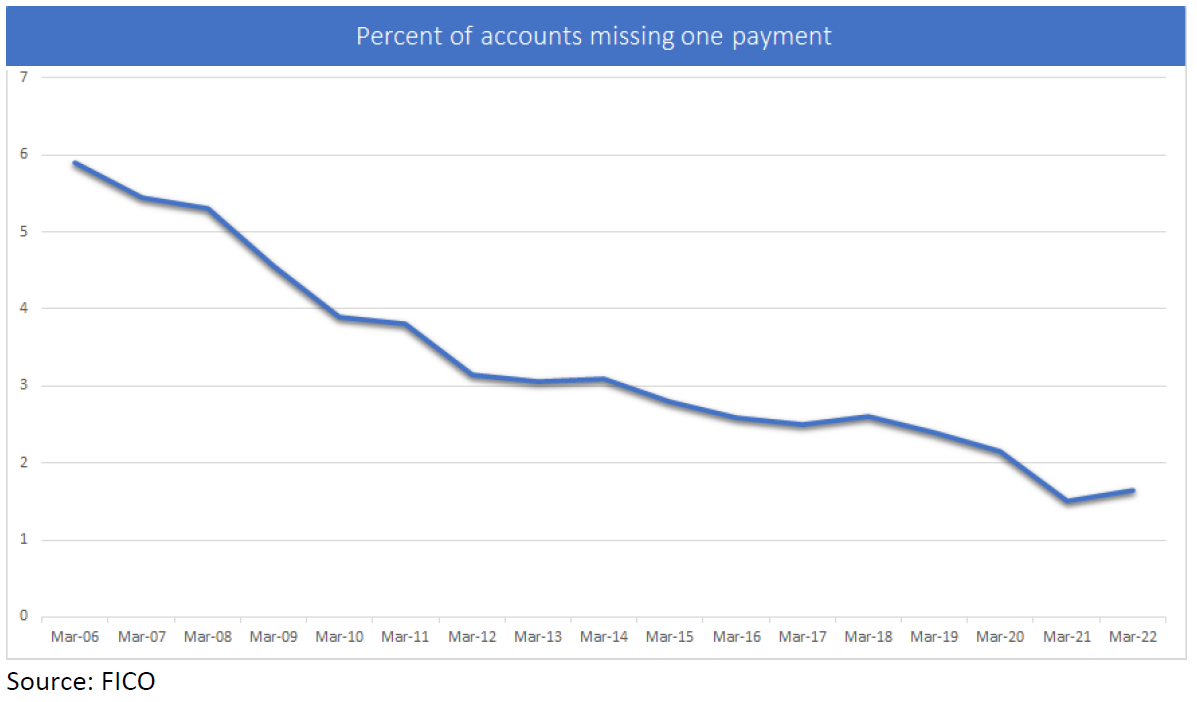 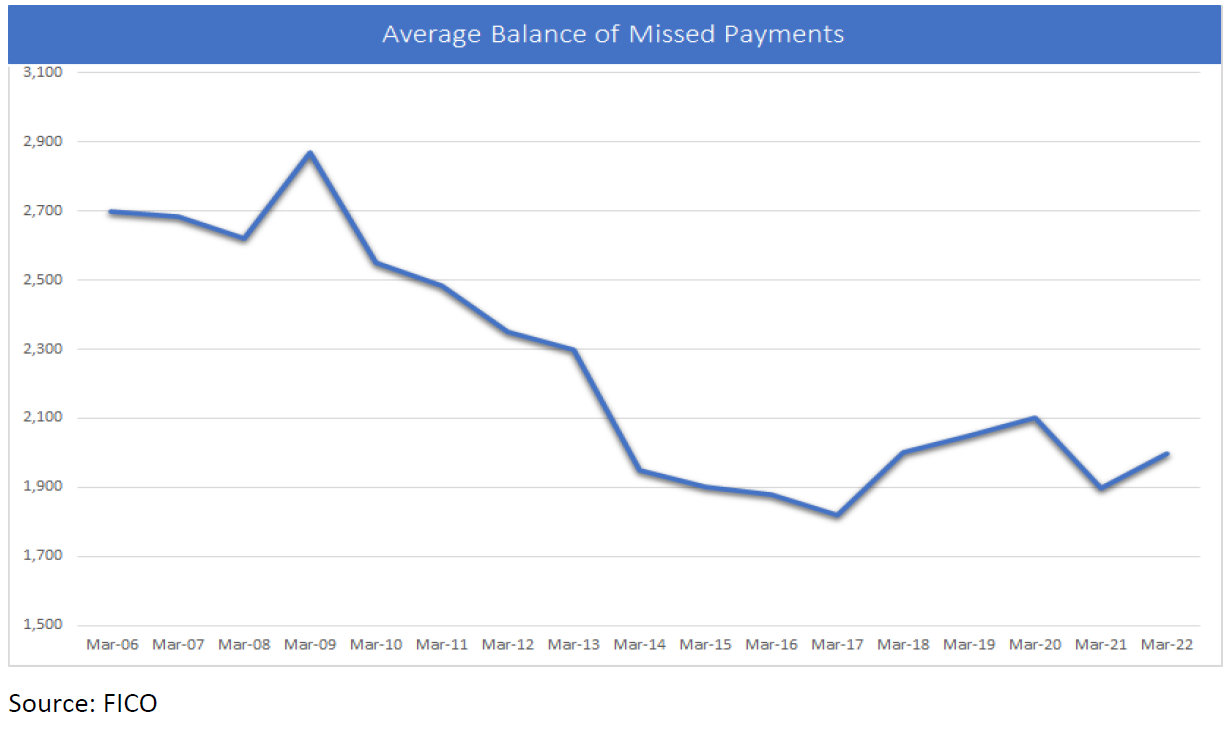 How FICO Can Help You Manage Credit Card Risk and Performance

Liz Ruddick is a principal consultant within the FICO Advisors Lifecycle Practice. Liz joined FICO in 2006 and works closely with financial services clients in the UK, Ireland, the European Union, the Middle East and India in supporting their customer management and collections disciplines. Liz also works on a range of projects including customer management software implementations and upgrades, current state assessments and delivery of data-driven strategies.
See all Posts
chevron_leftBlog Home
expand_less Back To Top