The FICO Credit Market Report for March 2022 shows that repayments remain a priority for credit card holders, suggesting that there will be greater reliance on credit over the coming months as the cost-of-living crisis deepens due to higher inflation. 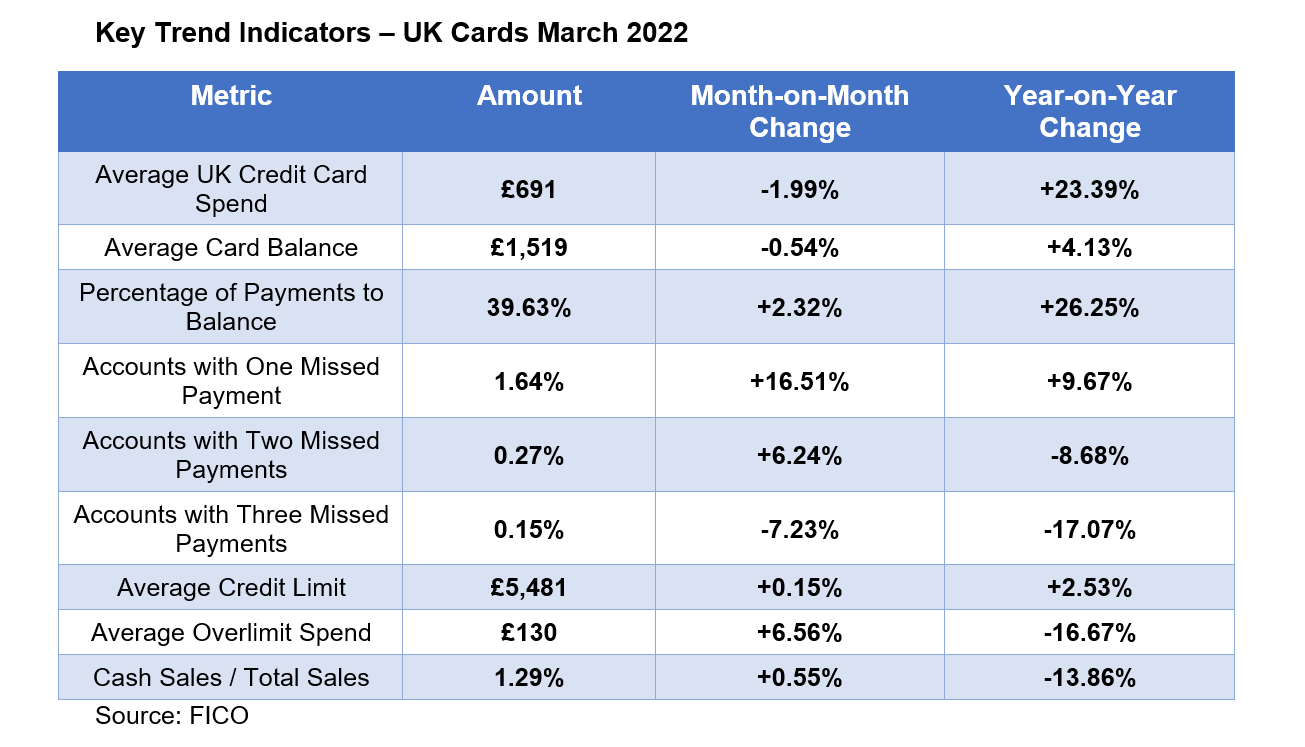 While the February data from FICO showed early evidence of cost-of-living pressures, in March another pattern has emerged. The percentage of payments to balance has increased – albeit by a marginal 2 percent. This could suggest that some cardholders are taking a pragmatic approach to managing their card repayments so they can continue to have access to this source of funds as pressure on disposable income increases.

Another signal of falling consumer confidence is the small drop – less than 2 percent – in spend on cards in March 2022.

Remaining vigilant to repayment trends over the next few months will be critical for lenders to ensure vulnerable households are given the support they need. 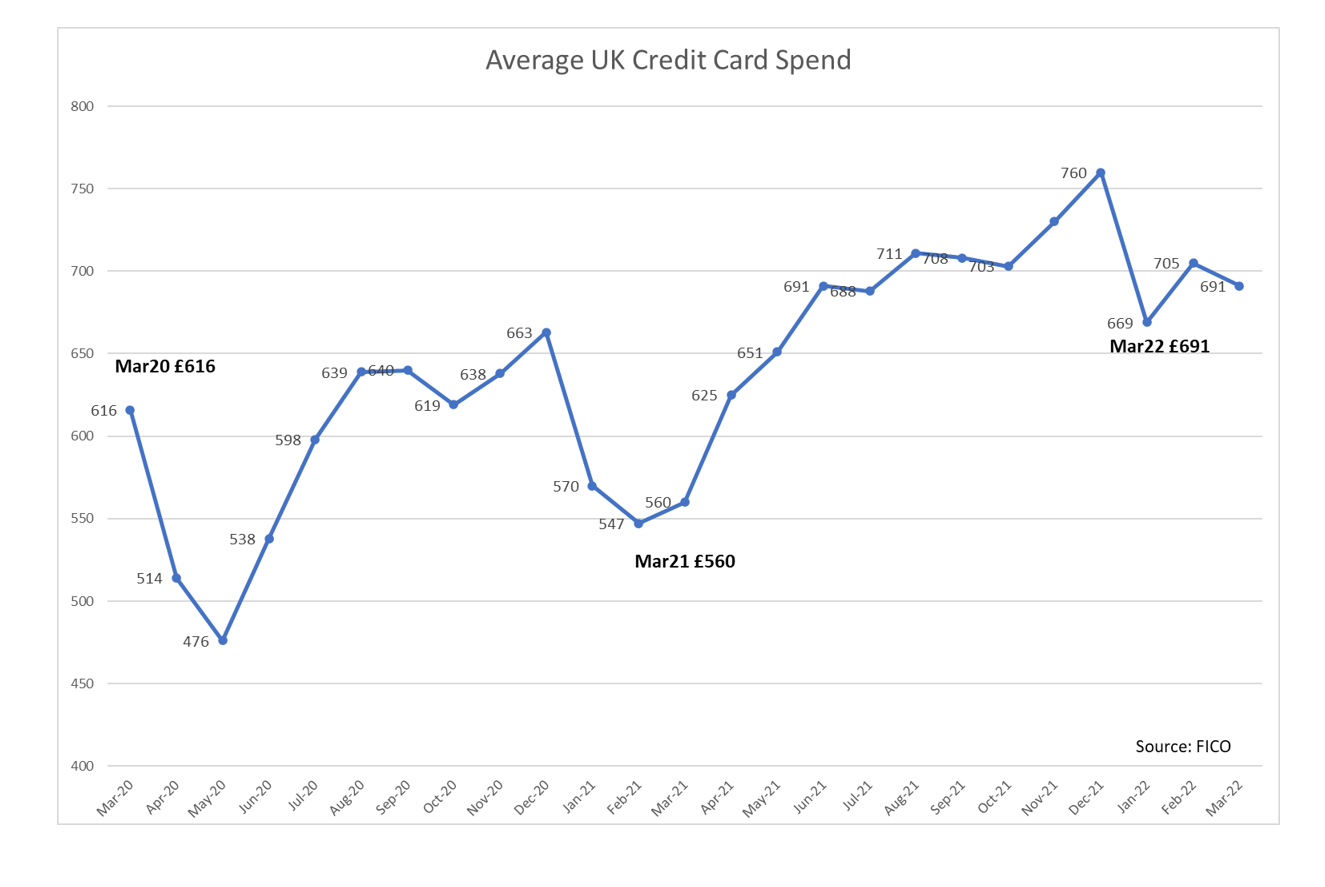 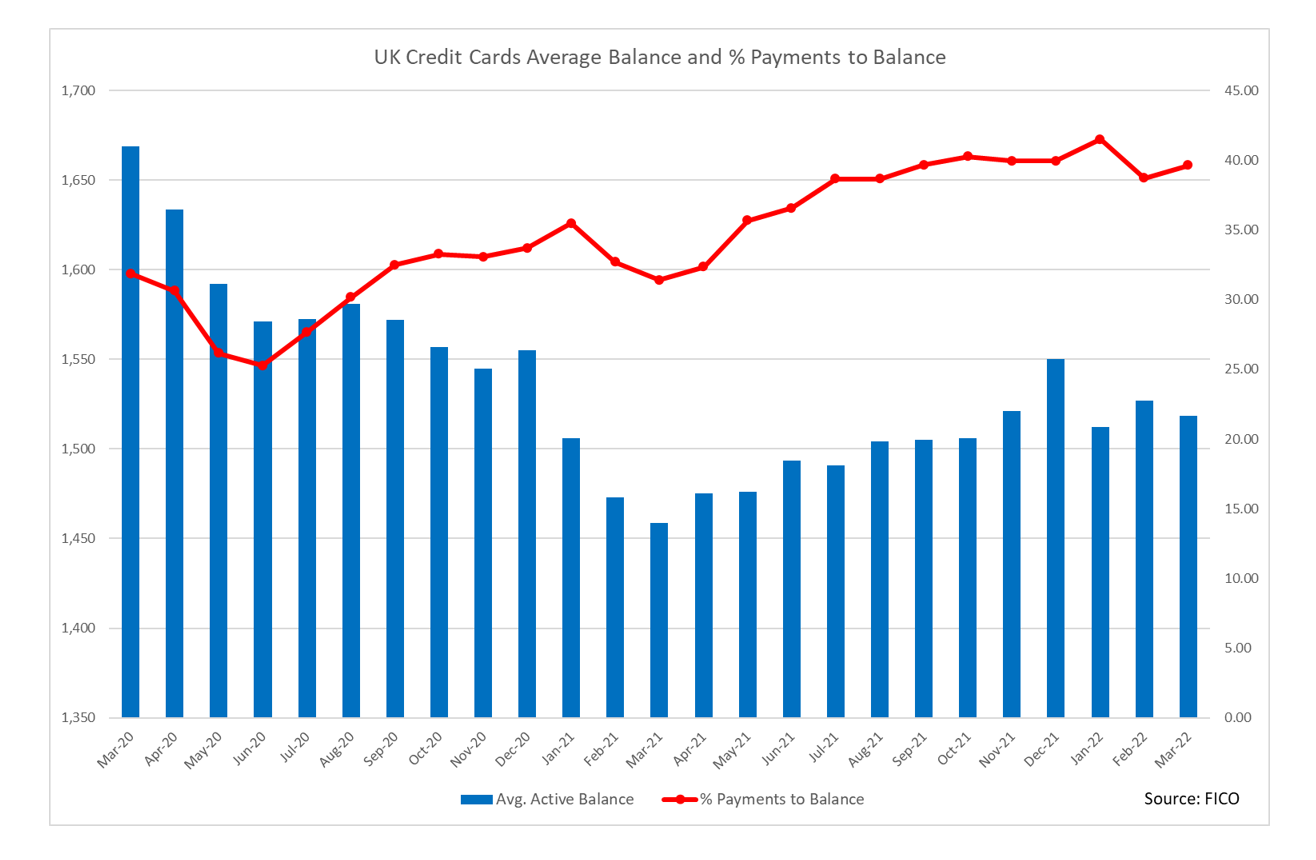 These card performance figures are part of the data shared with subscribers of the FICO® Benchmark Reporting Service produced by FICO® Advisors, the business consulting arm of FICO®. The data sample comes from client reports generated by the FICO® TRIAD® Customer Manager solution in use by some 80 percent of UK card issuers.

I participated in the How to Lend Money to Strangers podcast, talking with host Brendan Le Grange about the trends in the UK cards market. You can hear it on the following platforms: