Global analytics software provider FICO today released its analysis of UK card trends for June 2021. Maintaining the pattern for the year so far, average spend continued to increase compared to 2020. As the UK was only just coming out of lockdown in June 2020, this rise in spend is unsurprising, but the fact that average spending was 3.5 percent (£23) above 2019 levels suggests that, for those who have been able to save through the pandemic, there is confidence in their future financial stability.

However, the percentage of accounts missing payments reflected the fact that not everyone has been able to accrue savings during the last 18 months. With the end of lockdown across the UK and summer holidays prompting spending in the next months, and government support for furlough payments reducing from 1st July, lenders will need to be vigilant for those already facing financial pressure who could struggle further to stay on top of debts.

Spend on UK cards continued to increase, along with the percentage of payments 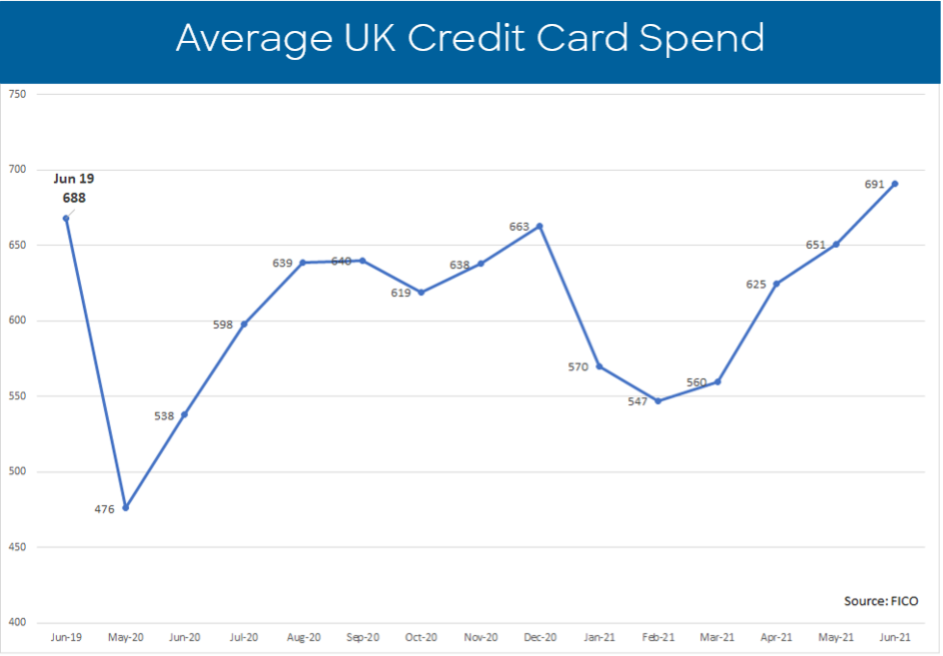 The average spend on UK credit cards increased year-on-year for the fourth consecutive month, by £40 to £691, a larger increase than seen in May. It also exceeds the June 2019 spend by £23 with the sunny weather and the Euro 2020 competition likely to have contributed to this uptick.

Average card balances marginally increased month on month. They are 4 percent lower than a year ago and 12 percent below June 2019 levels, suggesting that households are trying to manage their spend in the face of a still-uncertain future.

Whilst average spend increased year-on-year, the FICO data reveals mixed fortunes when it comes to payments.

The growth in the payments-to-balance ratio started to slow in June 2021, increasing by just 2.5 percent month on month. Year-on-year it is 45 percent higher, although that is unsurprising as some businesses were still arranging furlough and loan support in June 2020. However, it is 18 percent above June 2019 levels, suggesting the use of savings as well as continued government support. 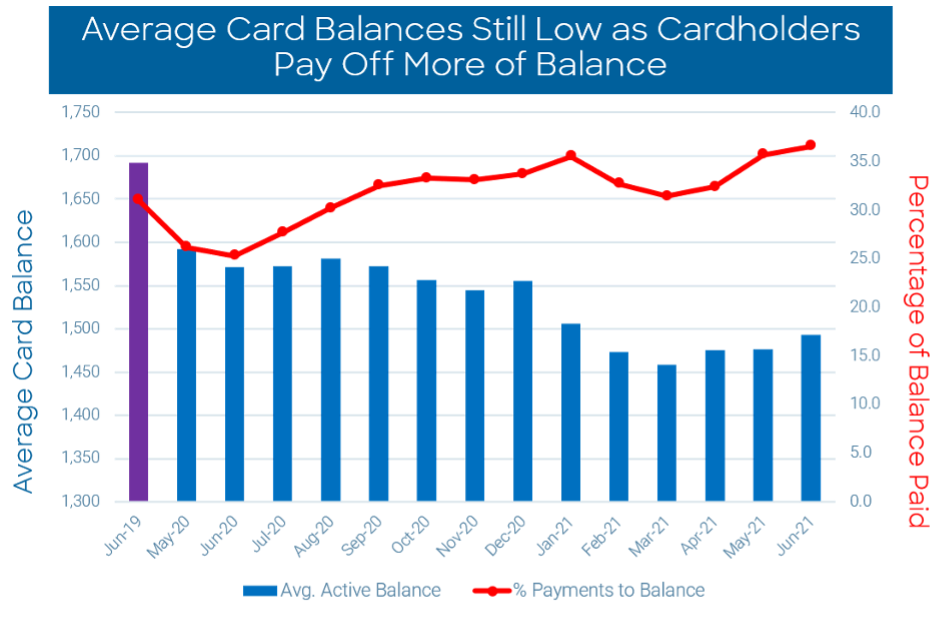 FICO July data will reflect the initial impact of the last stage of the re-opening of high-risk retail and entertainment sectors, as well as the start of the school holidays. It is expected that spend will continue to increase, although levels may not be as high as anticipated because of the ongoing confusion around foreign travel rules. Higher levels of savings may also continue to blur the picture of those negatively impacted by the winding down of the furlough scheme and further business closures.

Lenders will be keeping a watch on the impact all these factors have on their customers and any changes in payment trends as early indications of financial stress. Those that act quickly, offering the most appropriate options, will be viewed most positively by their customers and the regulators.

FICO (NYSE: FICO) powers decisions that help people and businesses around the world prosper. Founded in 1956 and based in Silicon Valley, the company is a pioneer in the use of predictive analytics and data science to improve operational decisions. FICO holds more than 200 US and foreign patents on technologies that increase profitability, customer satisfaction and growth for businesses in financial services, telecommunications, health care, retail and many other industries. Using FICO solutions, businesses in more than 120 countries do everything from protecting 2.6 billion payment cards from fraud, to helping people get credit, to ensuring that millions of airplanes and rental cars are in the right place at the right time.