“Following a frustrating increase in 2018 — largely caused by an explosion of data compromise ‘bust out’ events — much of Europe has once again turned the tide on fraudsters, achieving a combined 2% overall reduction,” said Toby Carlin, director of fraud consulting in EMEA at FICO. “British consumers should be reassured that the United Kingdom achieved the largest single reduction in fraud at 8%. This is a testament to the anti-fraud activities and investments by UK banks, which reduced fraud losses in 2019 by £52 million – that’s a million pounds every week.”

2019 was a strong year for many European countries in reducing basis point fraud losses (a ratio of fraud losses to card sales), against the backdrop of increased transactional volume and value in 2019. But there were also some worrying increases. Most notably, France and Italy saw the largest value increases, and were together responsible for 71% of the monetary loss increases across the 18 countries studied.

“2020 has been a challenging environment for all, with COVID-19 having significant impacts on the transaction mix and threat,” added Carlin. “This has exposed many frameworks that were already pressured, with fraudsters now attempting to make up for lost time with increased volume and ferocity of their attacks. While our Fraud Map focuses on plastics fraud and, in particular, card-not-present fraud, this is just part of the story. The biggest threat today comes from digital fraud and scams which continue to increase exponentially across all markets.”

FICO partners with the majority of banks in Europe to support their fraud prevention activities, primarily with its FICO® Falcon® Platform, which protects more than 2.6 billion payment cards worldwide. Several UK banks have been the first to trial FICO® Falcon® Compromise Manager, which is designed to flag fraud attacks and data compromise significantly earlier to minimise losses and better protect customers, facilitating even greater collaboration between the banks. FICO was named a Category Leader in the Financial Crime Risk Management Systems: Enterprise Fraud: Market Update and Vendor Landscape, 2019 from Chartis. 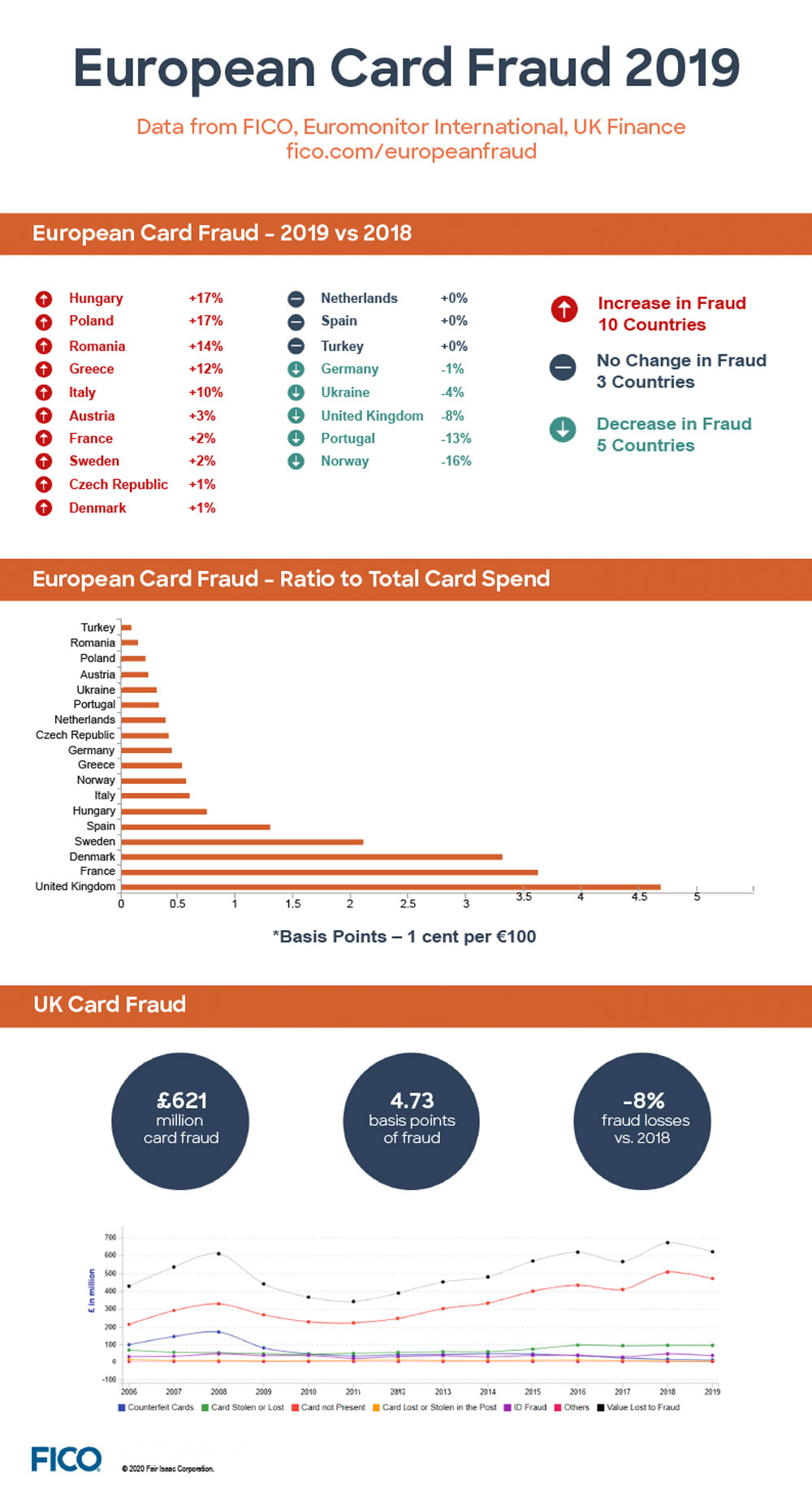 FICO and Falcon are registered trademarks of Fair Isaac Corporation in the U.S. and other countries.