The proliferation of real-time payments platforms, including person-to-person (P2P) transfers and mobile payment platforms across Asia Pacific, has increased fraud losses for the majority of banks. Silicon Valley analytics firm FICO recently conducted a survey with banks in the region and found that 4 out of 5 (78 percent) have seen their fraud losses increase.

“While the convenience of real-time payments is great news for customers, increasingly, banks have zero time to clear a transaction or payment. AI can’t slow down the clock, but it can help create systems that are radically quicker to recognize a transaction that smells likely to be fraudulent,” said Dan McConaghy, president of FICO in Asia Pacific. “Banks will need to move beyond passwords and OTPs and add biometrics, device telemetry and customer behavior analytics to keep up with the changing payments landscape.”

When asked which identity and authentication strategies they used, the majority of APAC banks have a strategy of multifactor authentication (84 percent).  They increasingly use a wide range of authentication methods including: biometrics (64 percent), normal passwords (62 percent) and in last place behavioral authentication (38 percent). Interestingly, nearly half of the respondents (46 percent) are currently only using 1 or 2 of these strategies, potentially leaving them more exposed to attack vectors such as identity theft, account takeovers, cyberattacks.

“Why try to crack a safe when you can walk in the front door?” explained McConaghy. “Criminals are trying to fool banks into thinking they are new customers or stealing account access by tricking people into making security mistakes or giving away sensitive information. When they are successful, criminals are making use of real-time payments to move funds quickly through a maze of global accounts.”

“Beyond this type of account take over, we also have authorized push payment fraud, such as when a customer is tricked into paying what they think is a legitimate invoice like a fake school bill or payment to a tradesperson,” said McConaghy. “This type of social engineering is harder to stop but better KYC, link analysis to find money mule accounts and behavioral analytics to flag new accounts for a regular payee, are all examples of how to tackle it.”

“We estimate that there is about an 80 percent overlap in software functionality between legacy fraud and anti-money laundering systems,” added McConaghy “To tackle fraud and money laundering schemes that exploit real-time money movement you need to leverage all the available technologies, automate as much as you can and introduce models that can identify outlier transactions and customer behavior so your teams can spend their time investigating the riskiest of the red flags.” 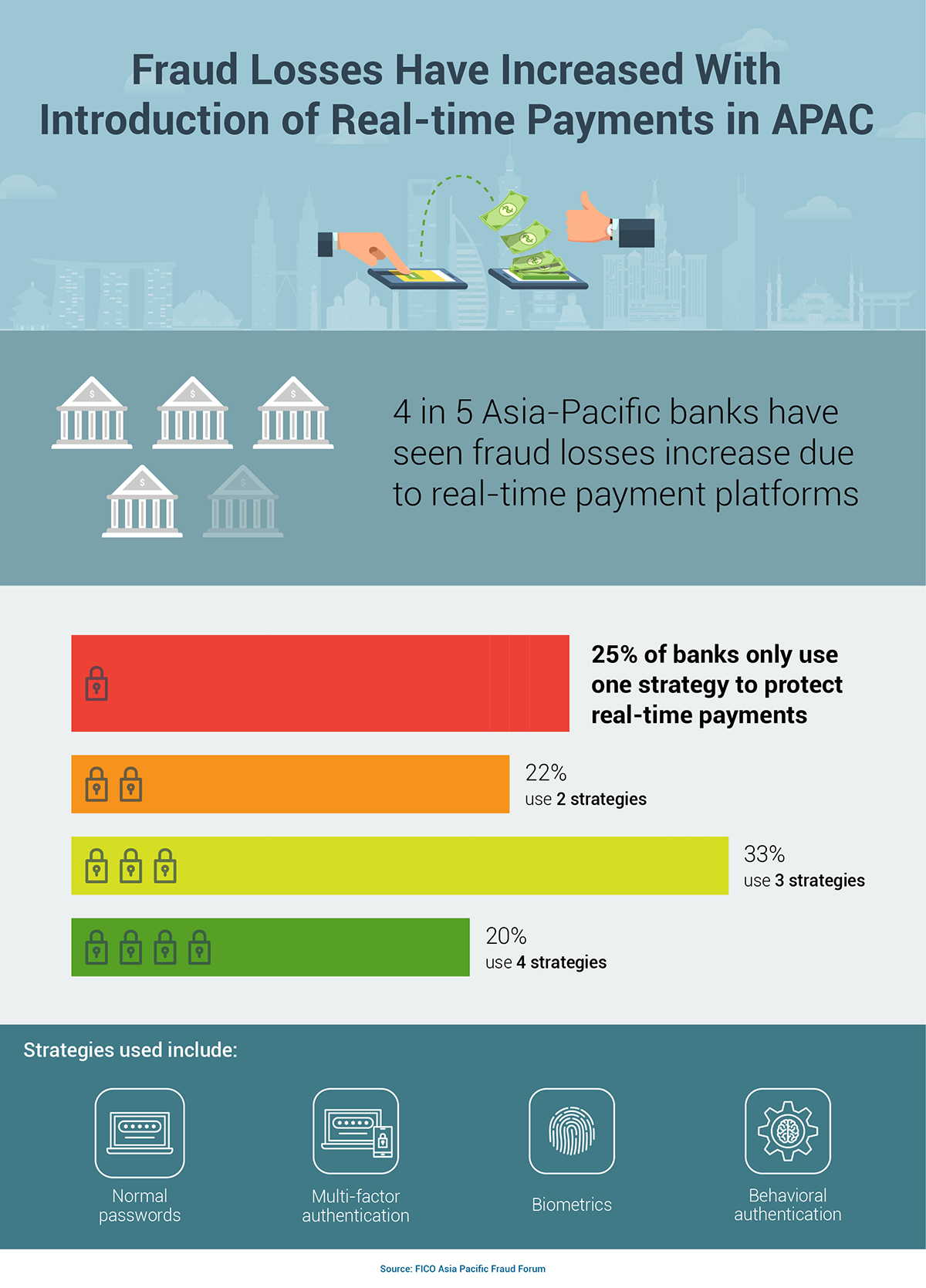 FICO (NYSE: FICO) powers decisions that help people and businesses around the world prosper. Founded in 1956 and based in Silicon Valley, the company is a pioneer in the use of predictive analytics and data science to improve operational decisions. FICO holds more than 195 US and foreign patents on technologies that increase profitability, customer satisfaction and growth for businesses in financial services, manufacturing, telecommunications, health care, retail and many other industries. Using FICO solutions, businesses in more than 100 countries do everything from protecting 2.6 billion payment cards from fraud, to helping people get credit, to ensuring that millions of airplanes and rental cars are in the right place at the right time.

FICO is a registered trademark of Fair Isaac Corporation in the US and other countries.